I just love hydrangeas, and in this quick video tutorial, I will show you how to create beautiful buttercream hydrangeas in the simplest way possible.

If you are new to buttercream flowers, this is a great flower to start with as it is so easy to create! 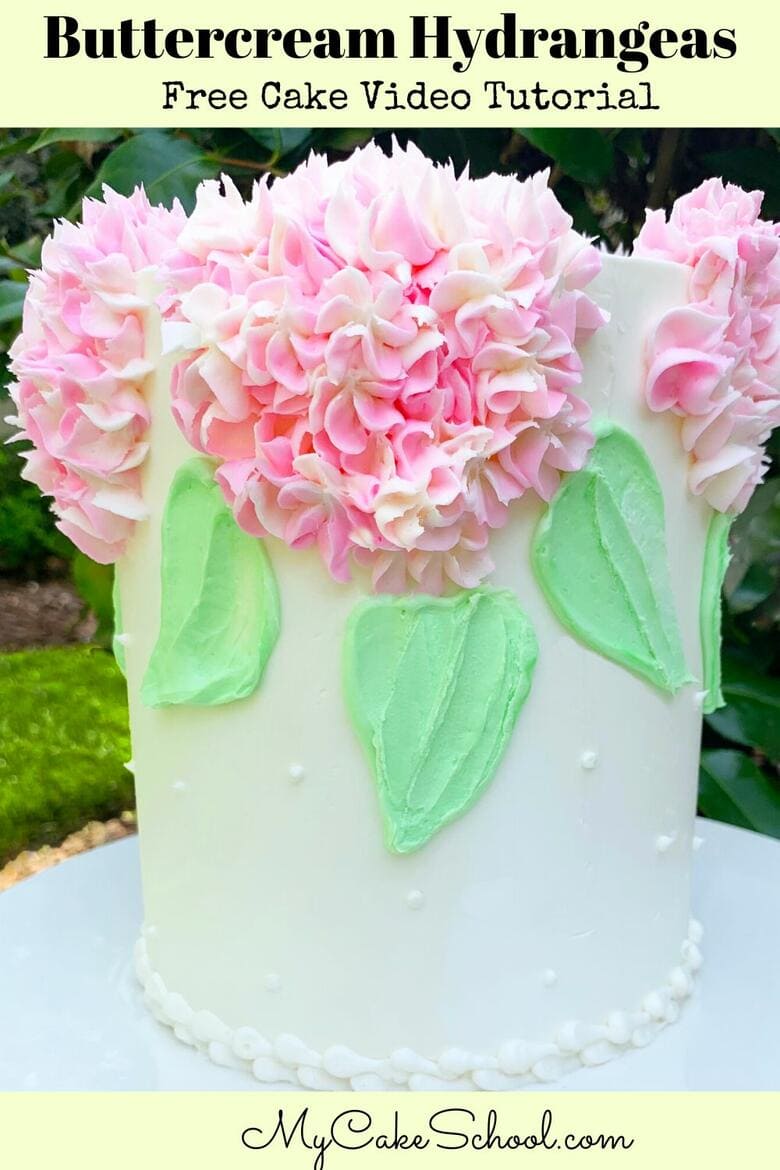 Whether you pipe one large, elegant hydrangea as a focal point of your cake, or incorporate the flowers as part of a buttercream floral bouquet or wreath, this is a wonderful flower to have in your buttercream bag of tricks. 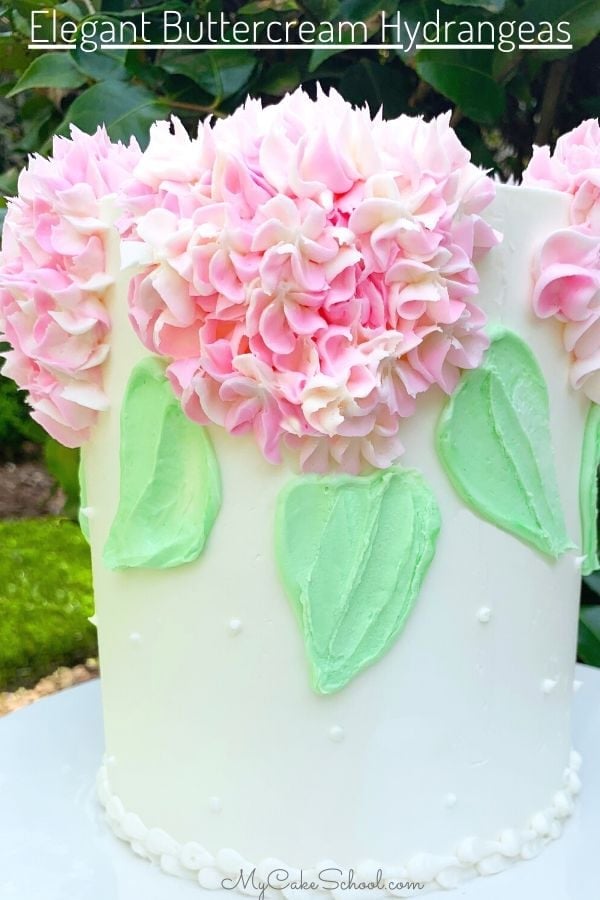 For this video, I used a six inch double barrel cake (which stood about 7 inches tall). Of course, you can pipe hydrangeas on cakes of any shape or size!

Piping Tips: 2D for the hydrangeas. Tip 4 for the bead border and dots

Spatula- I used a small rounded offset spatula for smoothing my leaves.

Miscellaneous: I frosted my cake (off camera) on a turntable, smoothing with a straight edge/bench scraper. After applying the frosting, I chilled in the freezer for about 15 minutes to firm up the frosting before fine tuning the remaining imperfections with a hot spatula/bench scraper. (This is the hot knife method of smoothing)

What Piping Tip Do you Use for Buttercream Hydrangeas?

We love to use a 2D piping tip which is a large star tip. A 1M would probably work nicely also as it is very similar. 2D is a closed star tip while 1M is an open star.

I love how quickly and easily the buttercream hydrangeas take shape when using this simple technique!

How to Make Buttercream Hydrangeas

How to Make Buttercream Hydrangea Cupcakes

You can create hydrangea cupcakes in the same way that we created hydrangeas for our cake today.

Hold the piping bag perpendicular to the cupcake (you can pipe or spread the cupcake with a thin base layer of frosting first if you'd like).

Pipe the large stars from a 2D piping tip over the top of the cupcake, mounding it up with "stacked" piping here and there for additional dimension.

We love buttercream cake designs and have made many cakes and cupcakes over the years that feature buttercream flowers! Here are just a few of our favorites! 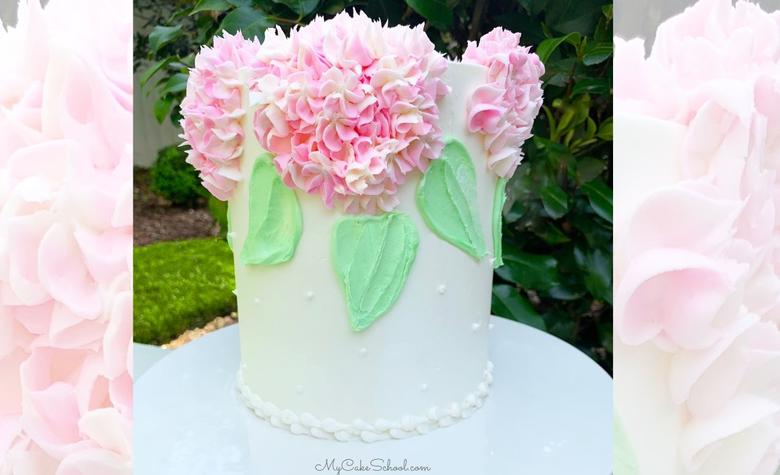