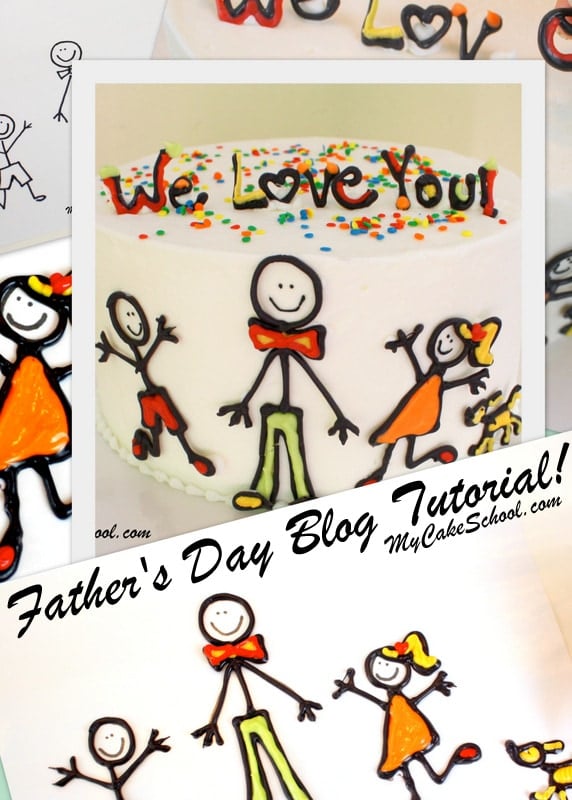 It's almost Fathers Day!  Our plan of action for this cake design is simple and fun  ;0)

Stick figures are not only cute...but everyone can draw them!  So, what we're starting with is a simple picture-- draw whatever makes sense for your family....or maybe you have some little ones that would like to draw the template for you.    Here's the picture that I used, but with the dad a little shorter so that he will fit onto a 4" tall cake! -- Click HERE to see.  I'm going to include my original template too, for those with taller cakes---CLICK HERE if you'd like to see! 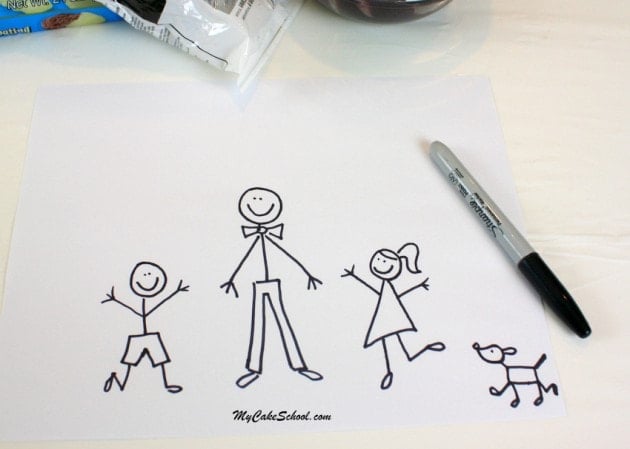 *It is always a good idea to make extras!  You'll likely have some chocolate to spare so it's good to have the extra insurance of more piped pieces than you need. 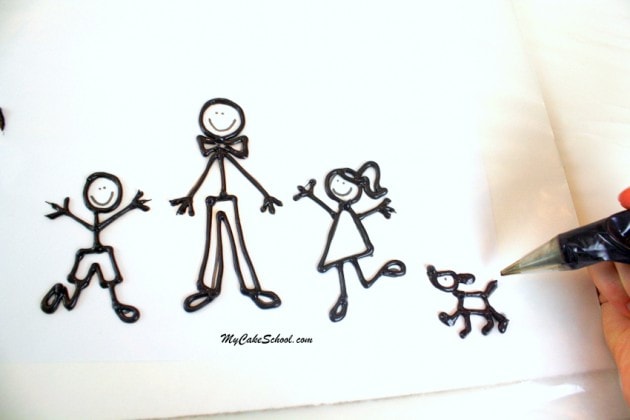 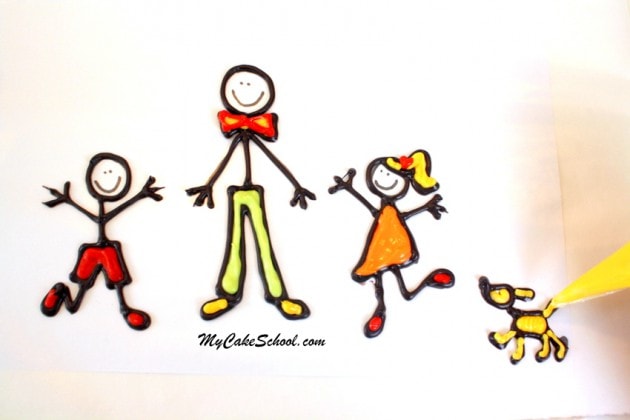 I added a chocolate "We Love You" too. Then, I chilled everything in the freezer for just a few minutes. 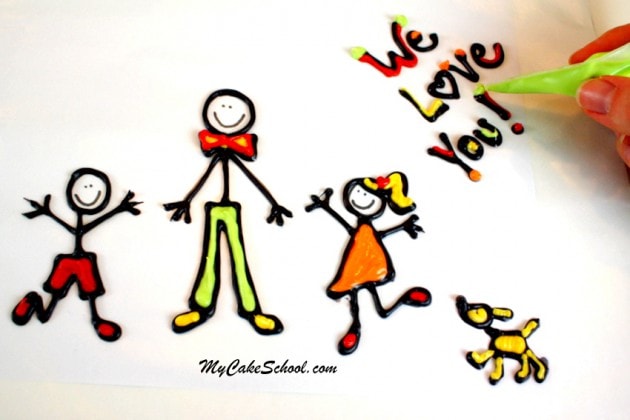 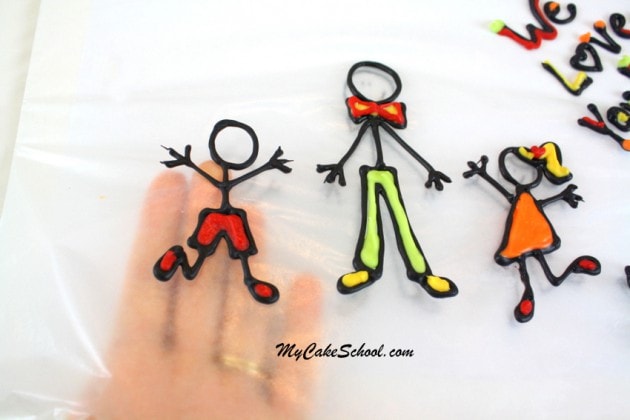 One by one, I piped little dots of buttercream here and there on the back of the figures and applied them to the cake.  ....And here's the point where I realized the importance of measuring the height of the cake before making the template.  My "dad" was taller than the cake!  This would have been fine if I had planned to leave their faces empty...but I wanted to add smiley faces.  So....some changes had to happen. 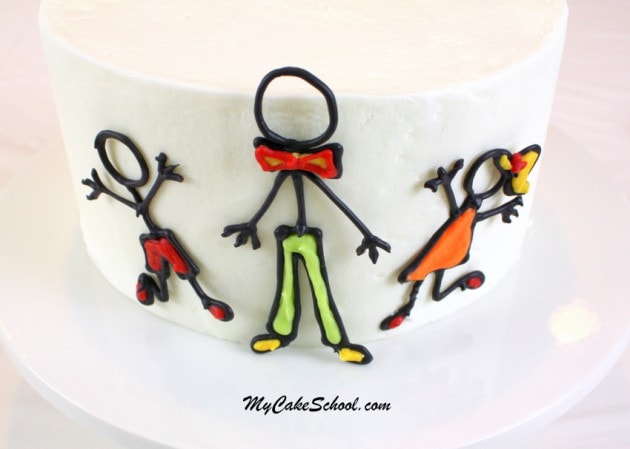 I carefully pulled the man stick figure off of the cake...chilled briefly so that I wouldn't break him...and then I snapped off a little bit of the length of his legs.  Then, stuck those feet back on again. -- Still cute!  This also goes to show that with chocolate pieces like this one, a break is often barely noticeable once the parts are glued back into place with a dot of buttercream ;0) 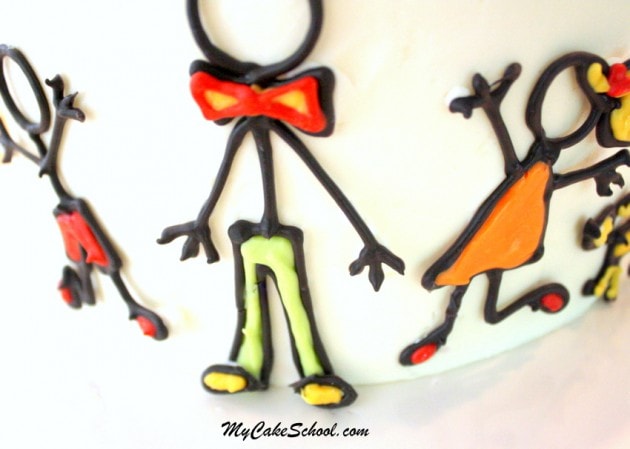 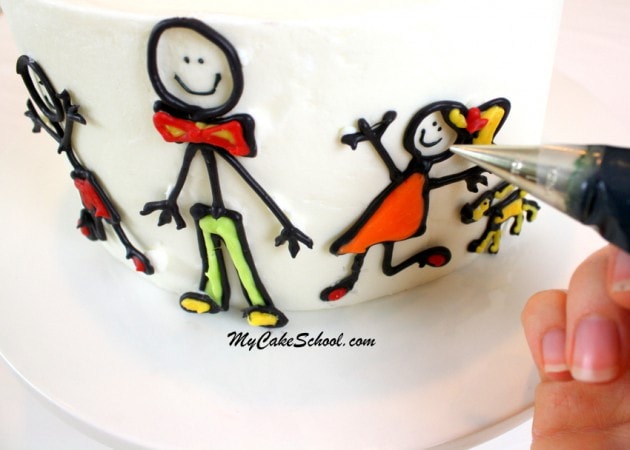 The final step~ adding our letters!  I piped dots of buttercream on top of the cake, and pressed the letters into them.  I like the stand-up look, but you may prefer them flat.  Either way works well!  From this angle,  you can also see the dots of buttercream behind our people--a great way to add a little extra support. 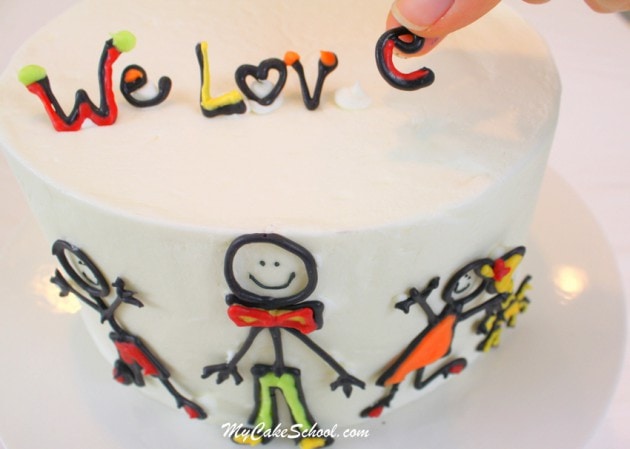 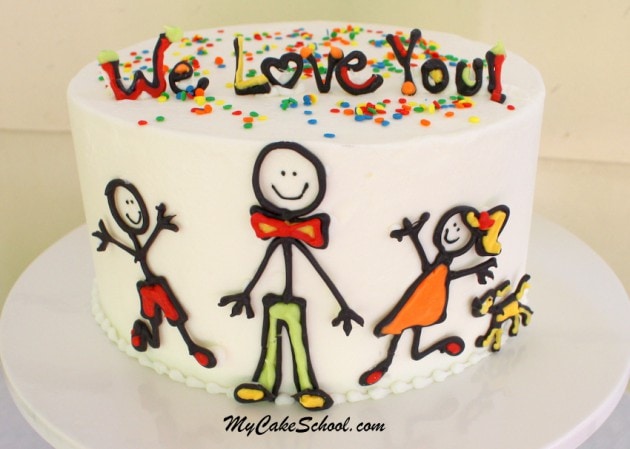 That's it!  If you are comfortable with free handing, you could get a really similar look by piping your figures in buttercream...or if you are working with a fondant covered cake, you could draw the figures with food coloring pens! 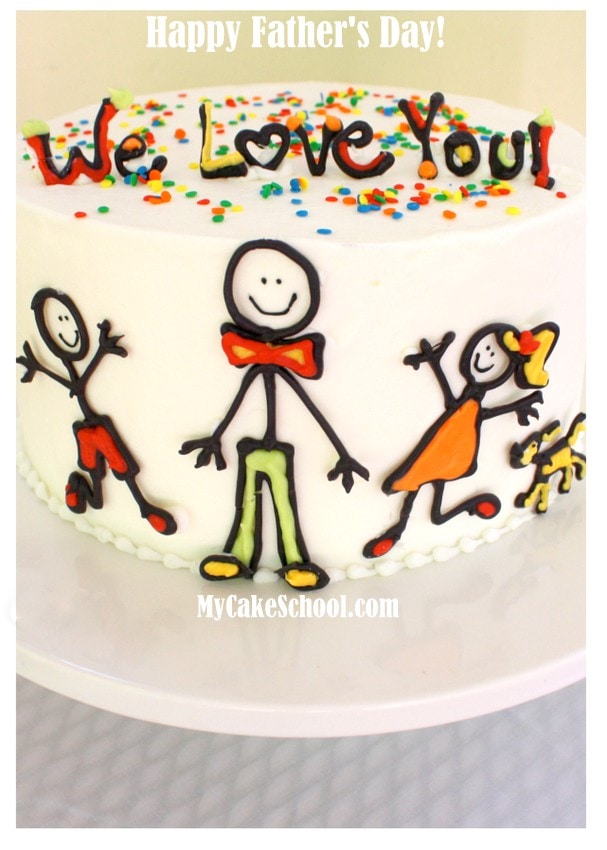