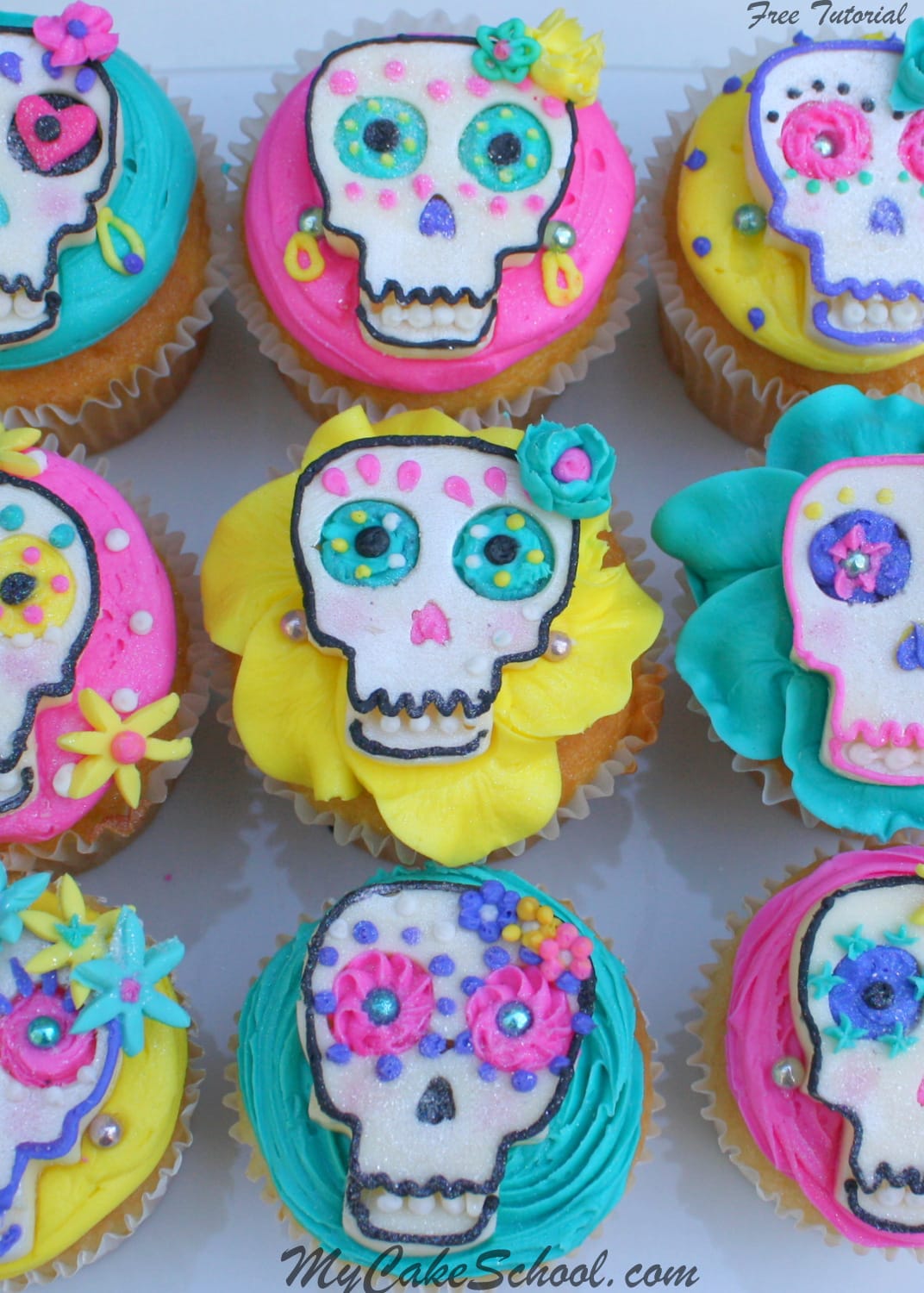 Hi there–happy Friday!   I’ve received several requests recently for a cake or cupcake tutorial in honor of El Dia de los Muertos, or Day of the Dead.  For those of you who are not familiar with this holiday, this is a Mexican celebration (which is also observed in certain parts of the US & Central America) that takes place on November 1st and 2nd.   It is a time to celebrate the memory of those who have passed, and  is believed to be a time when spirits return to the Earth  to be with their families.

Now, onto our cupcake tutorial!…………

Since Halloween is upon us, I didn’t have to look any further than Target for an idea–  ( a very easy idea) —

I bought a pack of silicone ice cube trays in the shape of skulls and bones!  The flexibility of these trays make them great for chocolate molds–so whenever you see ones that you like, make sure to grab them! 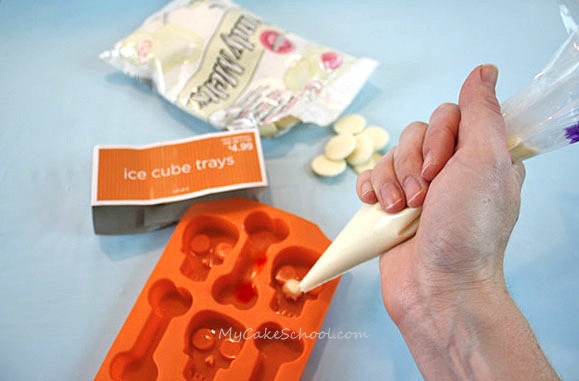 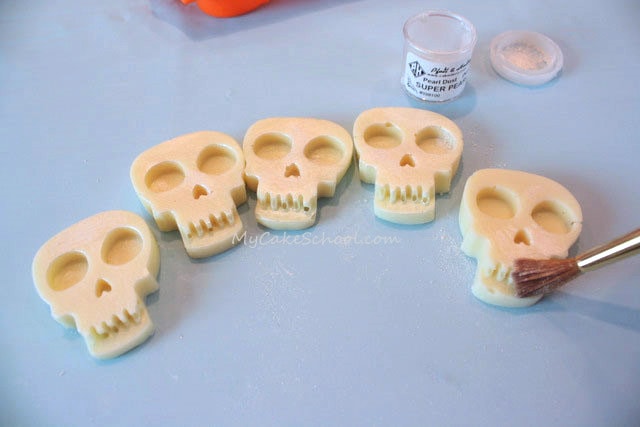 Okay– so that’s pretty much it!  The rest is up to you.  I decorated my skulls with brightly colored shades of buttercream and colored dragees.  I outlined the skulls with buttercream using a small round tip 2….and everything else was piped with small star or round tips.  The petals in the cupcake below were piped with a tip 104. 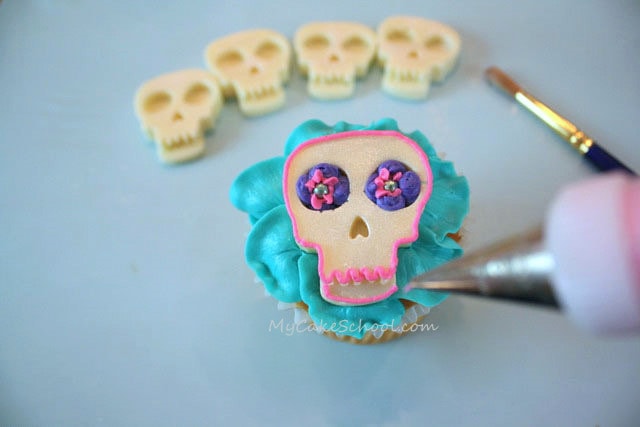 Here’s another shot of my decorating tools  :0)   I cut some small flowers from fondant so that we could have even more raised elements, using a small Wilton daisy cutter.  I gave the skulls rosy cheeks with pink luster dust (CK Super Red)– and some of them are wearing dragee earrings ;0) 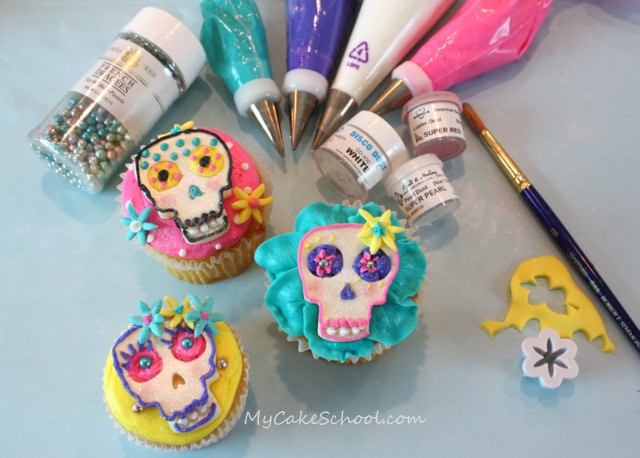 I had a lot of fun with the bright colors and flowers–(and of course, glittery disco dust!). 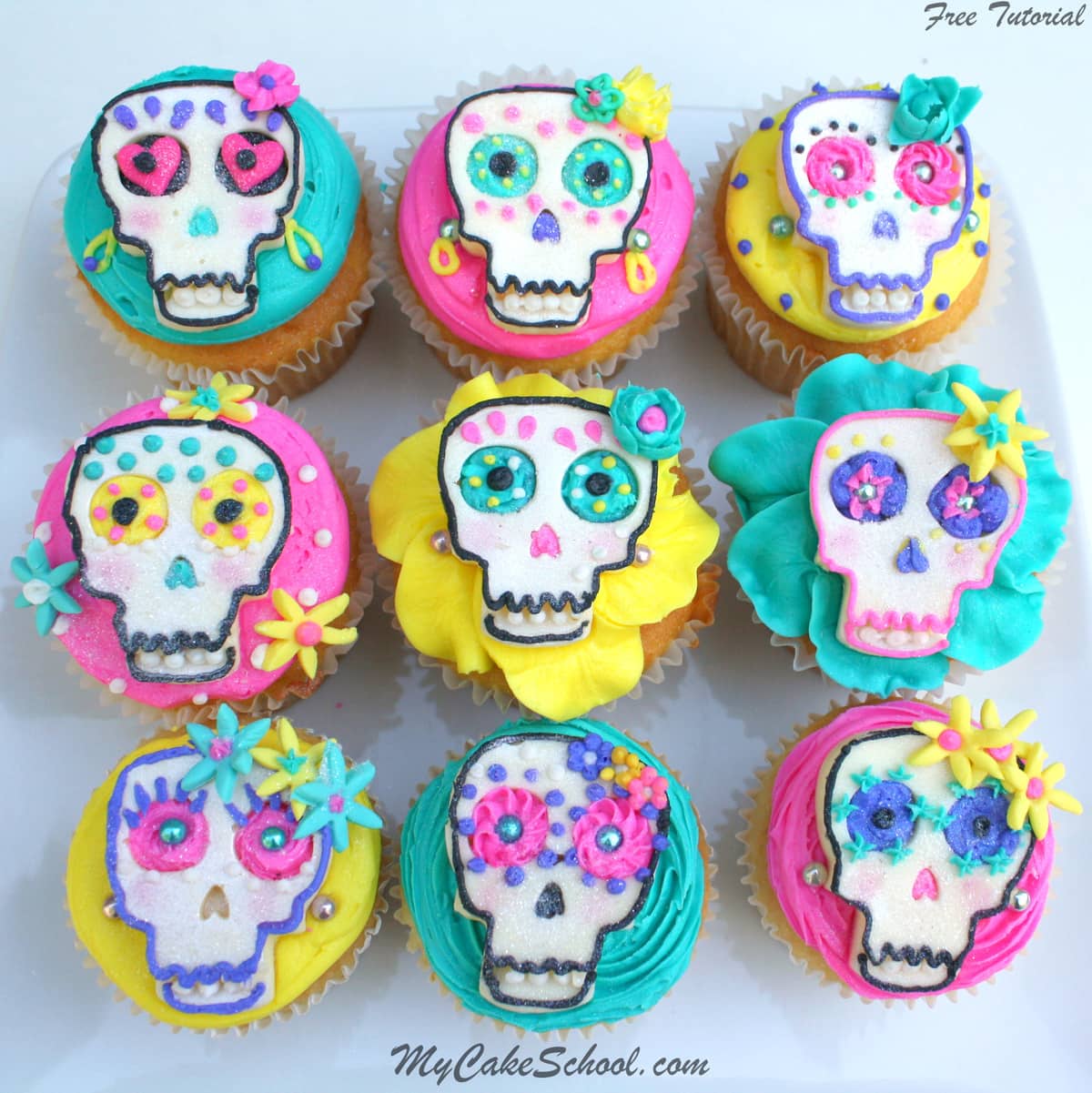