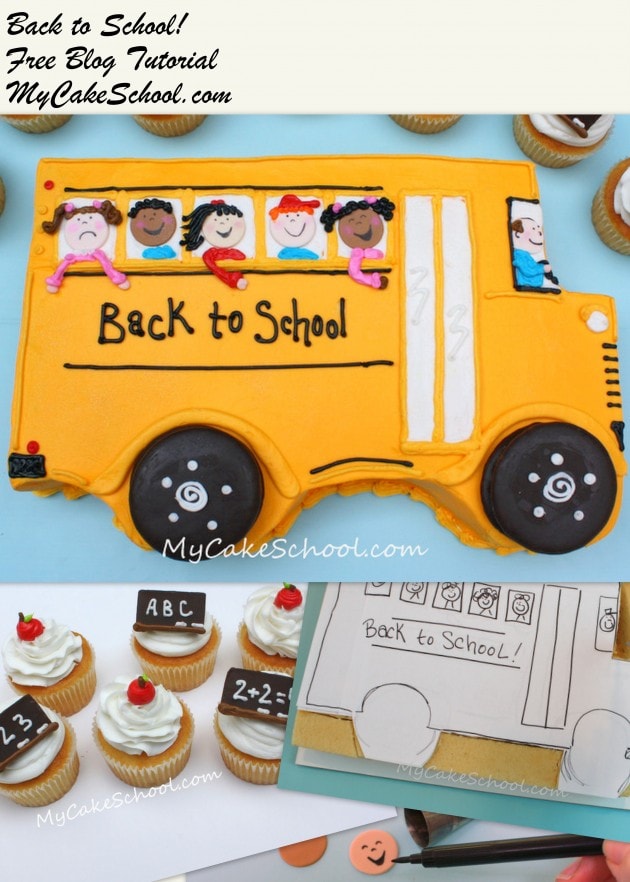 Today I'm going to share with you the CUTEST back-to-school cake and cupcakes! These are super cute and so much fun to make.

For most of you, school is just about to begin. I can't believe it!

Time to shop for new crayons and markers and paper.... time to meet the new teacher,  and time to set the alarm earlier--:0(   It's also this time of year every year when I think of this song....and I sing it ------A LOT. --  If only the first day of school involved this much dancing....

The song every parent should sing to their kids this time of year--Thanks, Grease2!!!

Okay, let's get back to it!! So, if your kids are like mine and not counting the days to return to school, maybe a cake or cupcakes will help ease the pain.  Or maybe you can be the favorite parent of the class from Day 1 by bringing in a back-to-school cake or cupcakes!! Whatever your motivation, I hope you like today's project--  :0)

First, let's start with the cake.  We're making a school bus!  I made a 9x13 single layer sheet cake....and I also made a template to lay on top. 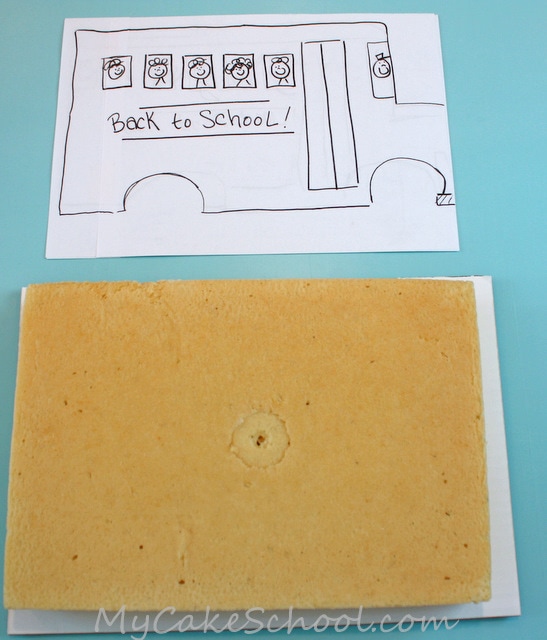 It doesn't have to be a perfect template, but sometimes it's nice not to have to eyeball it when carving.  If you want to borrow mine, here it is:  Bus Template

Next, start cutting away excess cake, leaving only what's beneath the template.  Remember to account for the wheels--If you cut away that part, your wheels will be too low! 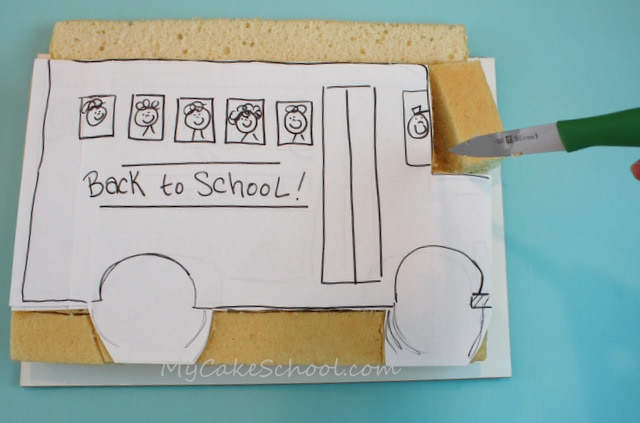 I'm going to use Mini Moon Pies for my wheels.  Is that just a Southern thing?  I don't know.  But if you don't have any Mini Moon Pies, chocolate doughnuts or big chocolate cookies will work well too! 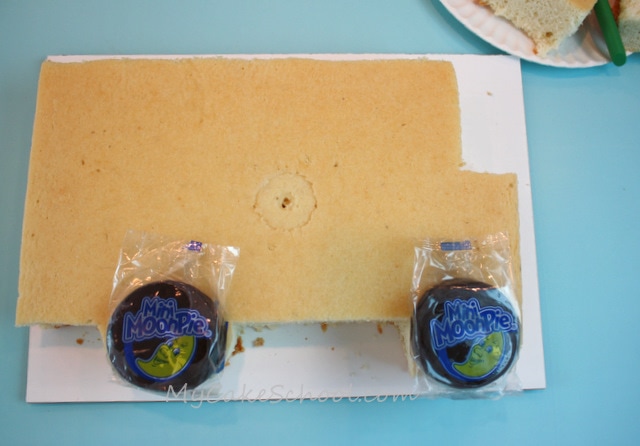 Now, It's time to start frosting.  I used a crusting vanilla buttercream tinted Americolor Egg Yolk Yellow. You could also use a combination of yellow with a little bit of orange for the same effect. 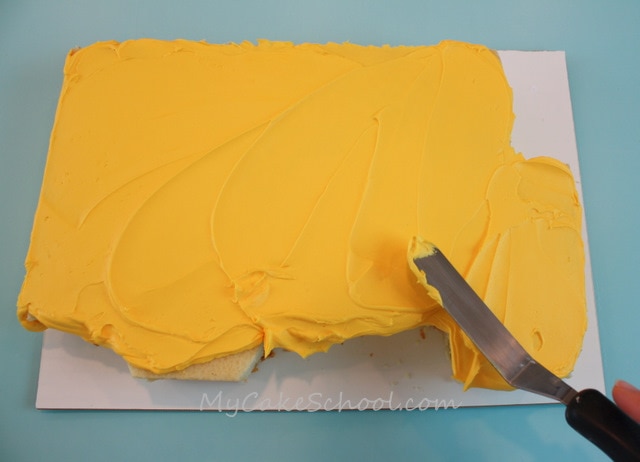 I made some cardstock templates for the bus doors (optional), as well as the windows. You really can leave off the doors since one side of the bus doesn't have them :0) --I didn't think of that until later!

I waited until my buttercream had crusted and then I made impressions.  That way, I could trace them later.  If you're good at freehanding, you can skip the templates.  You could also cookie-cut fondant squares to use for windows. 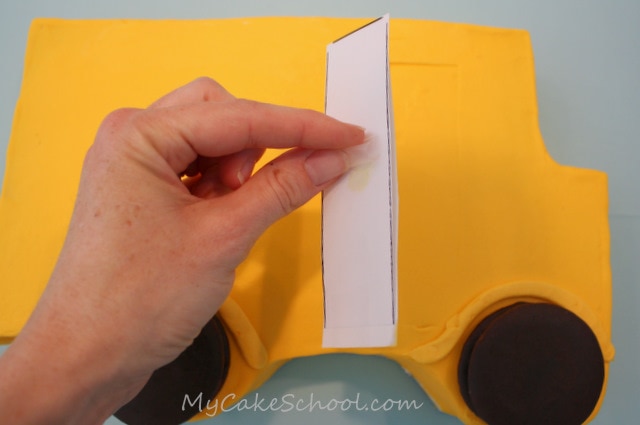 Here's my cake after I made the impressions.   I used a folded sheet of typing paper to make the line that would run beneath the windows (2 ½" from the top of the cake).

If you want to borrow my template for the doors and windows-- Click Here. 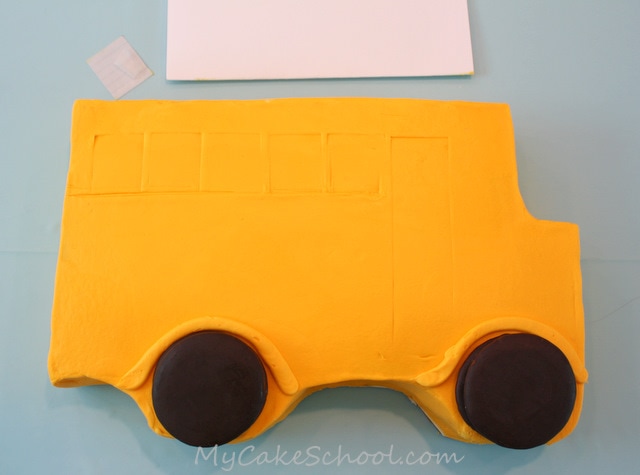 I outlined everything with a tip 3, and filled in with a tip 12...then smoothed with my spatula and smoothed even more with a piece of a Viva paper towel after everything had crusted. 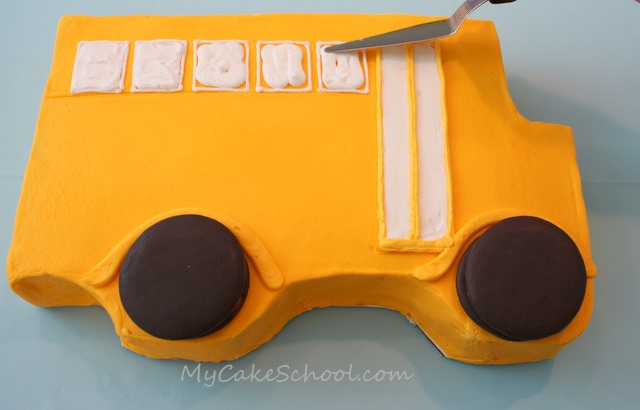 With a 2D tip, I cut out circles of fondant for my kids' faces.  Then I drew on them with my food coloring pen. 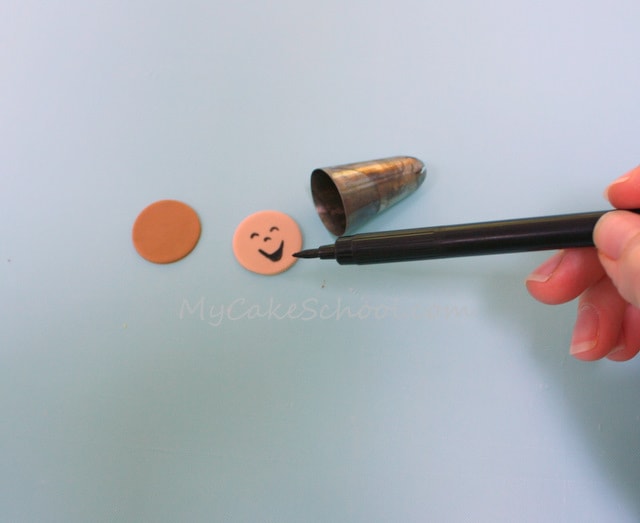 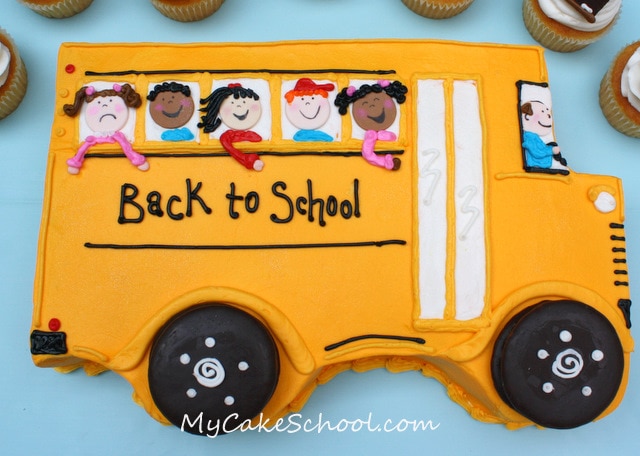 The only thing that would make this cake cuter is to be surrounded with cupcakes!!  I made two really simple designs--- and if cupcakes are your thing, skip the cake altogether and make a platter full of these!!  So much fun... 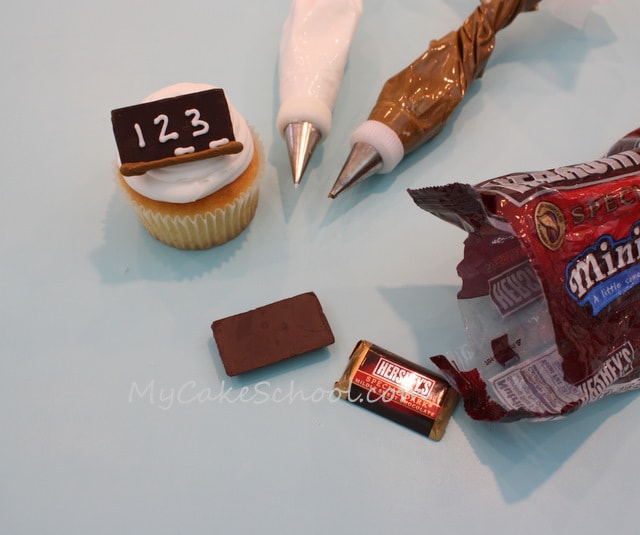 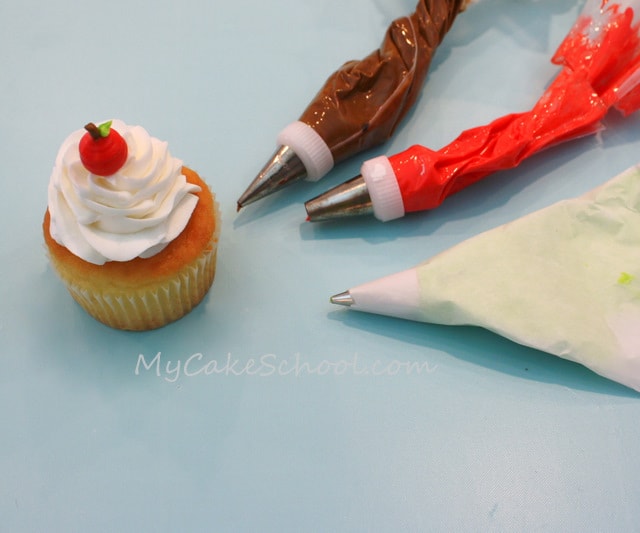 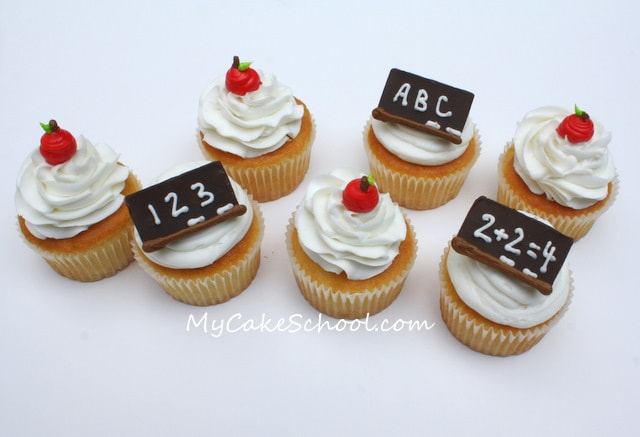 « How to Make a Cake with Zebra Stripes on the Inside!
Your Cupcakes need little Cupcakes! »